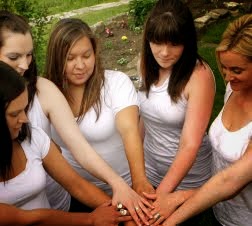 A woman’s mental health is one of the most important things she looks after. Unlike physical health, mental health cannot be monitored scientifically or medically. It can, however, be detected through psychology, counseling, self-examination and intuition. Mental health is every bit as real as physical health. Women and men both have an equal responsibility to manage their mental health, but men and women also tend to have different strengths and weaknesses when it comes to mental health. Several mental health characteristics that women tend to give a great deal of thought to are independence, relationships and personal betterment.

Independence is a large consideration to women because it is a relatively new trend in womanhood. Through much of human history, women deferred to men as authority figures and depended on them for provision. The modern woman is no longer a product of this type of patriarchal society, but the transition away from this thinking has been complicated, to say the least. Issues of dependency and co-dependency are still found in many women when it comes to their relationships with men. There is still a tendency in some subcultures and regions for women to rely on a man for provision rather than gaining an education and providing for themselves. And many women still struggle immensely with self esteem issues that are tied to approval from others rather than cultivating it within themselves.

Lastly, women consider personal betterment to be a very important aspect of their mental health. Mental health self-improvement is a priority to women in ways that it is not a priority to men. In other words, women are more likely to examine their own thinking than men are.